WE LOVE DOGS | Dog blog | Curiosities from the Dog Empire

Curiosities from the Dog Empire

Have you ever thought that also dogs have their “fingerprints“? Do you know where they have their sweat glands? Are they really colour blind? And which of them are the best swimmers? There are so many curiosities in the dog empire, let us present some of them.

And how about the colour blindness in dogs? This is also one of the myths. In fact, dogs are not colou blind, they can actually see in colour, just not as vividly as humans. 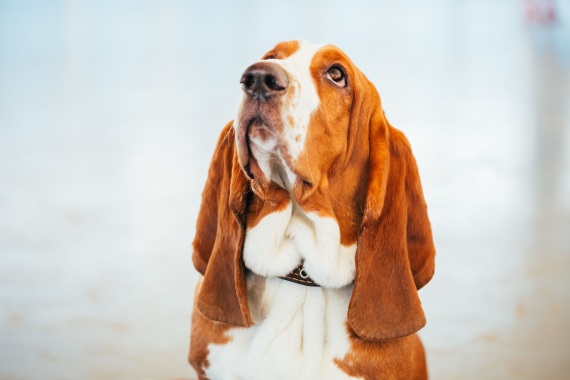 Did you think that dogs do not sweat and that they just cool down by sticking out their tongue? This is only partially truth, dogs’ only sweat glands are between their paw pads.

And how about dogs and swimming? For example a Newfoundland dog is an excellent swimmer thanks to his webs. On the other hand a Basset Hound will not enjoy swimming at all. There are only a few exceptions who mastered swimming even with their short legs in proportion to their long body.

Most of dogs stick their head out of the window while cestě autem. It is not because they would be looking around the neighbourhood, by their sensitive nose they are actually sucking in odors of the countryside in which they are at that very moment.

Faithful beyond the grave

Dogs are really faithul buddies. Both in relation to a man as well as to each other. One of the “dog couple“ was hit by a car in California in 2012. The female dog lay down beside her “partner“ watching over him, even though there were cars whizzing along.

Dogs are really interesting creatures who will most likely never stop to surprise us. Remember to treat your four legged friends the way you would like them to treat you. There is a reason why they say “Like master, like dog“.